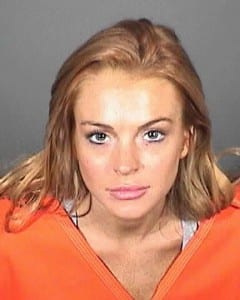 Lindsay Lohan, 24, is scheduled to be released from the Betty Ford rehab center Monday. The actress had to drop by rehab and jail twice last year.

Lohan tweeted on January 1 and said “Today is the first day of the rest of my life “The future depends on what we do in the present.” -Mahatma Gandhi… One step at a time….”

Also, the actress father, Michael Lohan, commented Monday on CBS The Early Show, “She has taken the right steps and put the right people back in her life that she had at the best part of her life, to really use it as a springboard.”