Editor’s Note: Each week in December we’ll be unveiling another nominee for Blast’s 2010 Game of the Year Award, here’s this week’s —Super Mario Galaxy 2. Keep checking back each week until the final week, when we reveal the winner along with all of the yearly award winners. 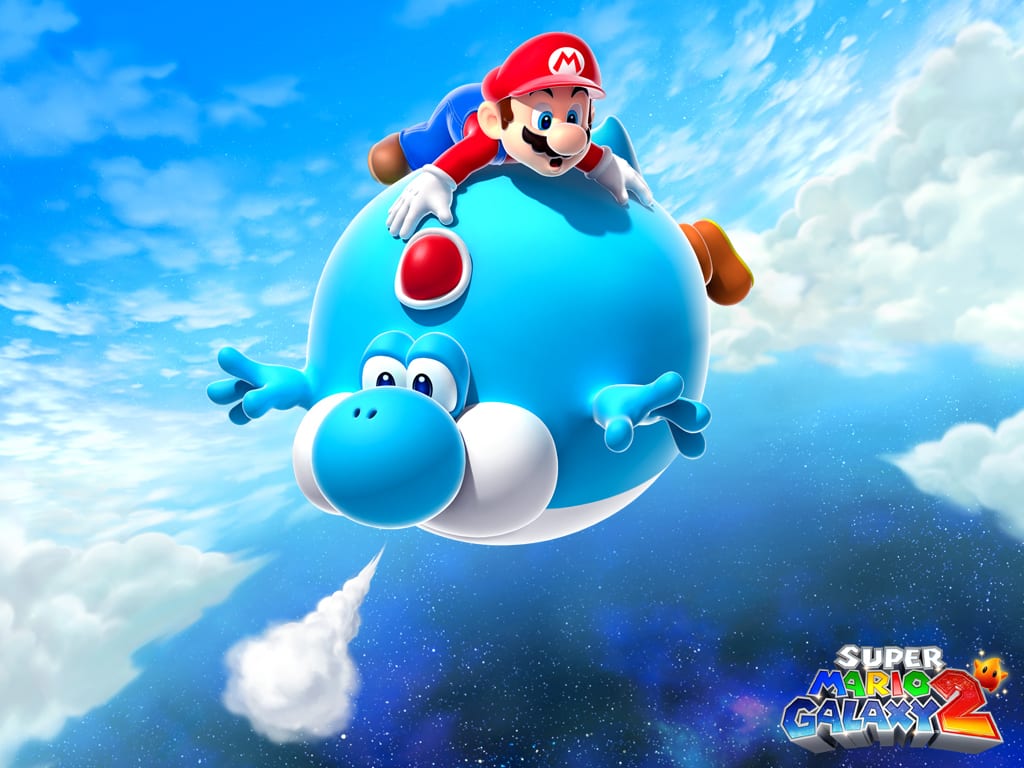 Super Mario Galaxy was the game that saved the Wii for me. Amidst a sea of multiplayer party games and fitness debacles, the stout plumber’s beautiful, original, engaging and fun inter-galactic adventure seem to come out at just the right time – when I was ready to completely give up on the Wii.

Now, almost three years later and I’m in the same boat. I recently moved into a new house and while my other consoles are prominently displayed in my entertainment center, my Wii stays packed away. Yeah, I bring it out for reviews, and I really dug games like No More Heroes 2 and Super Smash Bros Melee – -but there hasn’t been a Wii game that’s challenged me enough – until now. Not only is Super Mario Galaxy 2 every bit as enjoyable as its predecessor, it’s even better. Proving that Mario is still relevant in an era of shoot first and ask questions later, Mario Galaxy 2 is pure video gaming bliss. Quite simply; if you own a Wii and don’t have this game in your collection, you’re not getting the whole experience.

Super Mario Galaxy 2 takes players on a quest through an evil, zombie infested city where everything goes wrong. Nah, I’m just kidding you, this is of course a Mario game and that can mean only one thing – that jerk Bowser has taken Princess Peach (by the way, I’ve always been partial to calling her Princess Toadstool) captive yet again, forcing Mario to play daring hero. How does he ever get any plumbing work done? Of course you know the story by heart now, and luckily it mostly sticks in the background letting you enjoy the game’s imaginative worlds and characters without much excess baggage.

And enjoy you will. It may not come as much of a surprise but playing through Mario Galaxy 2 is an absolute, unabashed blast.  What I found most intriguing about the game is the fact that you’re unlikely to ever be bored, each section and each mission introduces a new mechanic or a new objective that is sure to challenge you. Much like Mario’s previous 3D adventures, you’ll often have to go back into levels more than once, and each time feels surprisingly fresh and fun. There were many times when I thought – given my experience with video games, that I knew what was going to happen, only to be led in an entirely different yet thrilling direction.

That leads me to what is essentially my only negative thought of the game – and I use the word negative very lightly. Much like the original Super Mario Galaxy, heck like most Mario games, some of the platforming levels can be incredibly frustrating and tough. Now, I love a good challenge, and the Mario games offer some of the most rewarding gameplay in the medium but I just worry that some less seasoned players may be turned off before they get to experience all that the game has to offer.

Much of Super Mario Galaxy 2 is streamlined though. One of my few complaints about the original Mario Galaxy was the fact that the 3D hub world made for a lot of downtime. In the sequel, the hub world has been all but scrapped in favor of a more classic Mario overhead view-map that lets you easily go from world to world.  In a way, the new (err..old…) map ties the game together as a whole so much more efficiently than the predecessor. 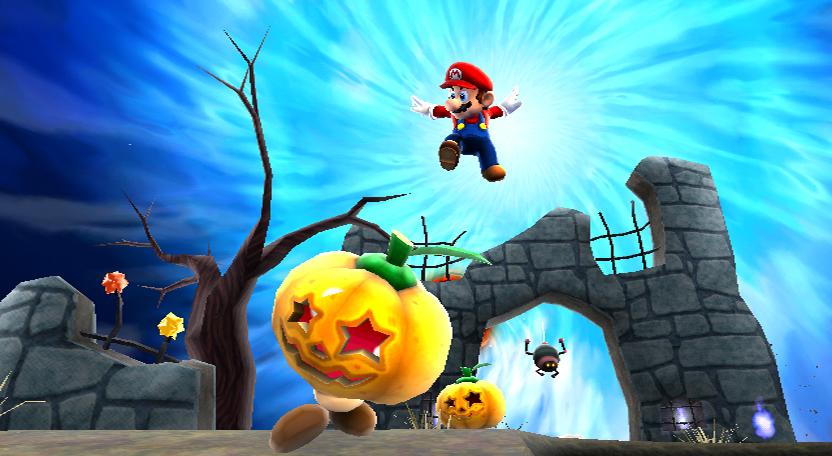 And what would a Mario game be without the power-ups? Much like the majority of the game, Super Mario Galaxy 2’s power-ups are miles ahead of original. Of course, the biggest addition comes in the form of the return of everyone’s favorite long tongued green dinosaur Yoshi. Controlling Yoshi feels an awful lot like it should. While riding on Yoshi’s back, you can point at enemies and eat them, as well as eating objects and enemies and turning them into projectiles or tools to help you along the way. There’s also some other cool powers scattered throughout the game including Mario as a cloud, a drill and even a giant wheel you can use to run enemies over.

Undoubtedly, where most will fall in love with Super Mario Galaxy 2 is in its unapologetic nods to Mario games of the past. Some are more obvious than others, like when the game switches from 3D platformer to 2D retro sidescroller, but some – like the music cues taken right from games like Super Mario Bros 3 and Mario 64. There are even levels taken directly from previous games like Whomp’s Fortress from Mario 64. In general the music and audio found in Super Mario Galaxy 2 is some of the best I’ve heard in quite some time.

Make no mistake about it, Super Mario Galaxy 2 is the best game on the Wii. Much like Super Mario 64 defined the Nintendo 64, the Wii finally has its identity. It’s imaginative, exciting and most importantly – very, very fun. It may come off as a bit challenging for some but it’s also incredibly awarding.