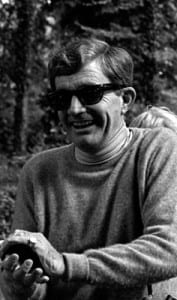 Filmmaker Blake Edwards died of complications from pneumonia on December 16 at age 88. Edwards passed away at St. John’s Health Center in Santa Monica, Calif., after being hospitalized for two weeks. He originally had knee problems and had undergone unsuccessful procedures.

According to the Associated Press, his publicist Gene Schwam said that Edwards was “pretty much confined to a wheelchair for the last year-and-a-half or two” and was working on two Broadway musicals.

He was well known as a director of the 1961 film “Breakfast at Tiffany’s.”

Edwards leaves his wife, five children, seven grandchildren and two great grandchildren. According to the source, his family says a private memorial is planned and a public memorial will be scheduled early next year.