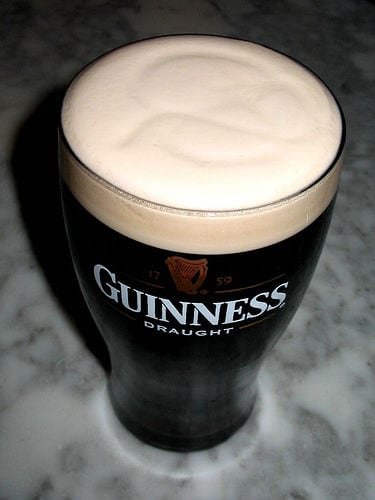 DEDHAM — Pouring a good Guinness is a science and an art. Any buff of the brew knows that a good Guinness pour is as beautiful as tasty; a clean glass is key to display the decisive line that separates black and white and showcase the slight boast of sturdy foam over the top of the rim. Just like any pretty lady, looking good takes time; if you order your Guinness and it comes right up, you know it’s no good.

“It’s incomparable to any other beer,” says Joe Gillespie, bartender at the Penguin in Brigham Circle.

A Guinness enthusiast, Gillespie agreed to accompany me on a recent search the best Guinness pour on the South Shore

Our trip was a short one. The pints at our first stop — a high-end, crafty brew joint — were sad indeed.

But our second stop — a local watering hole, worn around the edges -– was so good, we stopped crawling.

The YardHouse in Dedham is home to a row of taps that stretches past the eye, serving up a myriad of imports and domestics.

Alongside the original expansion on Guinness, the “Black and Tan,” the YardHouse offers six cleverly named Guinness blends. The tastiest is the “Black Velvet,” a pint glass half filled with Wyder’s pear cider whose puckery taste pierces the half pint of Guinness atop, followed by “Black and Blue,” a blueberry concoction of Guinness & Sea Dog Bluepaw Wheat with real blueberries bobbing in a sea of foam. The flavors created are intricate and fun.

But the tasty Guinness mixes are no mask for a poor pour. After a taste of the creative concoctions we hailed the bartender for a pint of Guinness, the star of the show. Our drinks arrive not ten seconds later, barely time enough for the bartender to travel down the Goliath bar to the right tap.

We exchange disappointed shifts of the brow and examine the pour; settling before our eyes, sloppily dripping down the side of the pint glass and topped with brown tinged foam. After a hesitant first sip, our fears are confirmed.

A taste reminiscent of sour coffee sends us out the door and down the street to a small, cozy bar called Lewis’s.

Unfortunately, the man with the mean pour was on the other side of the bar enjoying a Bud Light, but our hopes were satisfied. Despite a slightly quick pour and no shamrock decor, the taste was impeccable. It was pretty, creamy, refreshing, clean and good for a second round.

As black and white as the beer itself, there are good and bad pours.