If you’ve played any of the Killzone games before – you’ve undoubtedly shot your fair shair of Helghast soldiers. Now, for the highly anticipated Killzone 3, the team at Sony and Guerilla Games wants you to go inside their world.

“What we’re trying to do with this one is to stretch our legs more and show not necessarily both sides of the equation of why this war is going on, but show that there’s a face behind the mask,” said Michael Graham, Associate Producer at Sony Santa Monica. “. The Helghast are there and they have this iconic image, but at this point in time, it’s always been Emperor Visari as the only un-helmeted Helghast you saw so it was tough to actually view the opponents you’re fighting during the course of the franchise as an actual human type entity. We’re really stretching out legs and learning how to progress our story telling technique and we’re able to tell a more humanistic story – both from the ISA (Interplanetary Strategic Alliance) side and being able to give a glimpse as to what’s going on in the Helghast’s government structure with this enigmatic leader Visari having been killed.”

The goal for the team at Guerilla Games and Sony was clear from the start, to make this a much more balanced and much more cinematic entry in the long running first person shooter series. Yes, you’ll still mow down a ton of enemy soldiers – but now, they’re not just faceless enemies, we actually get to learn about their world and motivations, a perplexing idea when the characters in question are so clearly inspired by Nazi forces. “So it’s not necessarily seeing both sides of the coin, but you’re definitely seeing more motivation and what’s going on behind the scenes with the helghast to make them more relatable.”

Killzone 3 picks up shortly after the events of the second game, and finds protagonist Sev trapped in the middle of warring Helghast factions with no way home as the ISA attempts to recuperate from its own loses. A major part of the game’s campaign takes place on the Helghan world, which was a challenge creating according to Graham. “Killzone 2 was very much an urban set game. You know, we had a story tell which was the invasion of the ISA and retribution from Killzone 1 to take down Visari and make him answer for his crimes. What we wanted to do with Killzone 3 was definitely hit on the variation of the planet, that it’s not just one giant city which gives us a lot of room to play.”

The environments of the alien planets add a ton of depth and variety to the world in Killzone 3. Where Killzone 2 often seemed like a mess of broken steel and urban skyscrapers, Killzone 3 adds artic worlds and dense alien jungles to the mix, all aiding in Guerilla’s goal of telling a much more rounded story. “. You see that the Helghast have basically been pushed to this world from past transgressions against the Earth Government, so in the wake of Killzone 2 you and your ISA forces are essentially trying to escape and trying to get home, but you also see this power struggle in Helghan and their motivations.”

One of the most striking additions to the game is the inclusion of several mechanics from outside of the first person shooter genre, include adventure style platforming and awesomely violent melee attacks. “One thing we wanted to do was introduce something new to the genre. We know shooting, we do it very well and it’s what we’ve been based on for a long time. One of the objectives Guerilla had when developing this game was variation – in everything from level design to game mechanics. We don’t view it as deviating from what the core game is, you know, it’s still a shooter but we thought what can we add to this game that will add to the user experience? Take coming up with something like the brutal melees, you know normally in first person shooter games, melee is you know, I swipe a knife or in the case of Killzone 2 a riffle but, and it may be hyper violent but it also gives the player a grinning ‘wow that was really cool’ moment. It allows us to vary it up so the player doesn’t always feel like ‘oh I’m slogging through another corridor’, or I’m shooting more bad guys’. Our goal was to play with a ton of variations on gameplay. The jetpack also allows us to play with the level design itself and allows us to take a more vertical design with how to complete the objectives in the game. 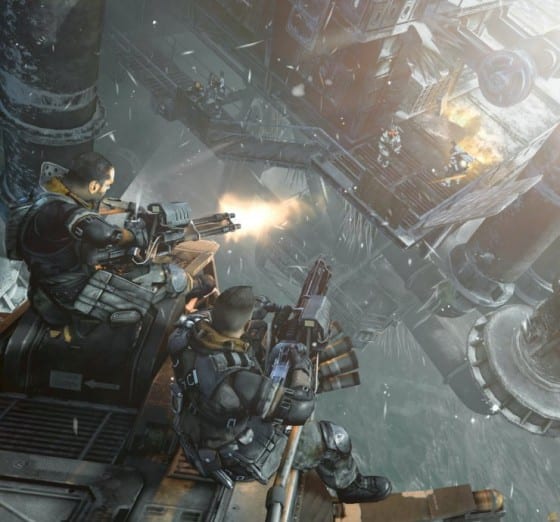 The main campaign of Killzone 3 is only half of the game though, as the team is bringing back the fan favorite online play for a third go-round. “The team out at Guerilla games actually is in charge of the overall vision of the game, but there’s also a distribution between the multiplayer and single player design, so both are equally weighted in our eyes when developing the franchise. The multiplayer team starts off right away with the map design. How do they want to balance the classes, the unlocks, the character progression through the online, while the single player team is working on the level design and story. The technology is shared because this is our second game on the PS3 so we’re not having to take the time to develop the engine and spending time building the tools for the game, it’s really allowed them to stretch and design the best game they could. So the tools are there for both multiplayer and single player, and neither would exist if they had to compete for resources.”

A major part of building a winning format for Killzone 3’s online component has been getting feedback from fans through a long beta process. Through invites given out to select  Killzone.com community members and select news outlets (like Blast!), Sony used an open beta process to fine tune and tweak the multiplayer aspect of Killzone 3, and according to Graham, it’s been incredibly positive. “Community Feedback has always been important to us. Starting back with Killzone and Killzone 2, we always looked to our community to help us tweak the game, tweak the balance and absolutely try to create the best online multiplayer experience possible.  We generate a large online community that will talk through Killzone.com and discuss and participate in the online. By us opening it up and having a lengthy beta and having the feedback through our forums, we’re able to create a better user experience by the time we release.”

Killzone 3 will also be the first of the series to take advantage of Sony’s Move motion controller, which Graham hopes will help entice a more casual audience to try the game. ““With the Move it was actually really easy for us to adopt it and get it into the game.  We’ve been playing with it and testing it ever since the first controller, and it’s always been something that we were going to support because it’s a company initiative and it really opens it up to a more casual audience, for instance anyone who may be intimidated by playing a first person shooter with two analog sticks. They can play it with the Move and maybe be able to get into it a little bit more than if they picked up a foreign controller and couldn’t understand the controls.”

Also debuting in Killzone 3 is the game’s full support for 3D technology. Though it’s completely optional , Graham admits that it’s something the team has been wanting to incorporate for some time. “The decision was actually made to try to incorporate 3D into Killzone 3 actually before Sony had really shown our push to the world with 3D technology.  We’d been playing around with it in Amsterdam to see what we can do. When the initiative came along from a Sony Corporate Standpoint, we really embraced it. There’s always challenges with 3D – making sure it’s integrated, making sure the point of view looks good and ensuring that the quality level that we’ve always had with the Killzone franchise is still there; the visual fidelity is very important to us. It’s always been something we’ve wanted to do since we finished Killzone 2.”

After Killzone 3, Guerilla Games has stated that they will be working on a brand new IP, which would make it their first game set outside of the Killzone universe since 2004’s Shellshock: Nam ’67. While Graham wasn’t able to comment on whether this means the end for the franchise, he did say that having them, and other studios such as Naughty Dog as a first party publisher was integral to the success of the PlayStation brand.

Killzone 3 will be released February 22 of next year for the PS3. Stick with Blast for all of the up to the minute news and reviews.