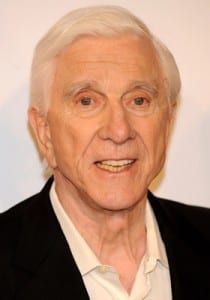 According to The Associated Press, his agent, John S. Kelly, said Nielsen died at a hospital near his home in Fort Lauderdale, Fla., where he was being treated for pneumonia. He died surrounded by family including his wife, Barbaree, and friends.

His family released a statement, which said, “We are sadden by the passing of beloved actor Leslie Nielsen, probably best remembered as Lt. Frank Drebin in The Naked Gun series of pictures, but who enjoyed a more than 60-year career in motion pictures and television.”