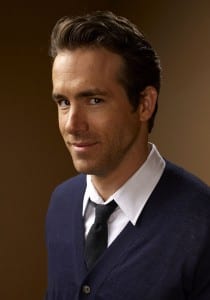 Ryan Reynolds was named as this year’s sexiest man alive by People magazine, a title George Clooney, Brad Pitt and Johnny Depp have been named in the past.

The actor told People, “My body naturally wants to look like Dick Van Dyke. When I stop training, I turn into a skin-colored whisper.”

Regarding the title that he got, he commented, “You just have to go with the flow. This gives my family entre into teasing me for the rest of my life.”

He also mentioned his wife Scarlett Johansson, “Now it’s going to be, ‘Sexiest man, take out the garbage.’ That does sound better. The most difficult part is going to be organically working this title into a conversation with random strangers.”

MTV also talks about that he played some sexiest roles in several movies, such as “Definitely, Maybe” “Van Wilder” “The Proposal” “X-Men Origins: Wolverine” and “Green Lantern.”