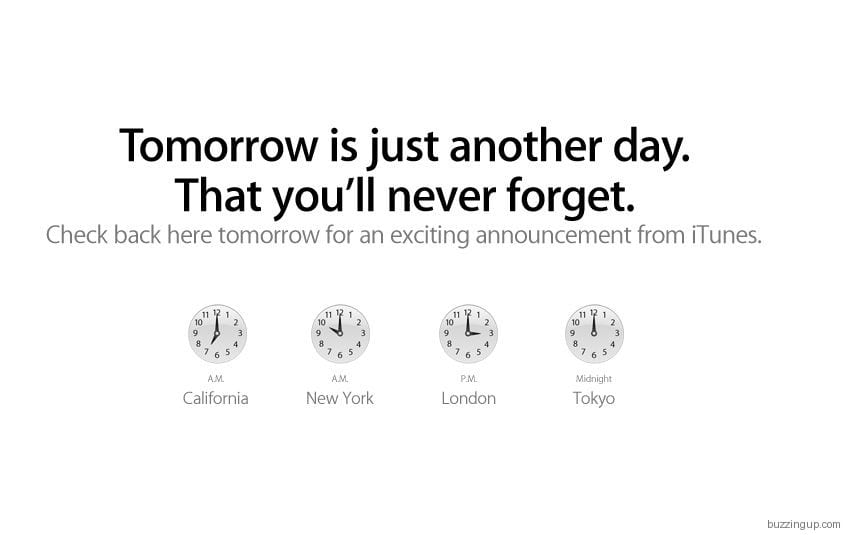 After setting the internet afire yesterday with the attached homepage, promising a day that will never be forgotten for iTunes, multiple reports around the internet suggest The Beatles will finally make their digital music debut.

The Beatles are one of the few remaining notable holdouts to most of the digital shopping hub. The groups surviving members and their heirs have engaged in multiple disagreements over the years to Apple, including the computer corporations name, which conflicts with the music groups publishing company, Apple Inc, formed in the late 60s.

Though that dispute was eventually settled in recent years, the Beatles music has still remained a holdout from the companies digital music giant. Industry execs have suggested that the diminished revenues from the digital service was behind the rift, and the sides were disagreeing over the revenue split. No surprise; The Beatles remain one of the top selling groups still today, 40 years after their disbandment. According to the RIAA, they are the best-selling group in America, with 177 million albums sold.

Though Yoko Ono and Paul McCartney have in recent months voiced their displeasure with the service, saying the group’s albums were unlikely to appear anytime soon, reports now appear to the contrary. Will the Beatles come to iTunes today?

If this is the big announcement, it will be a huge letdown to the mac following. When the ambitious teaser appeared on the Apple homepage today, numerous sites speculated it would be the long awaited debut of an iTunes streaming site, believed to be called iTunes Live. Other anticipated announcements include wireless syncing, updated Apple TV functionality, or a newstand/magazine app store.