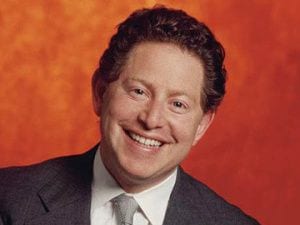 Brace yourself, you’re likely about to agree with something Bobby Kotick said.

While Activision’s CEO is known for his comments that enrage gamers, like how he wants to “take the fun out of game development,” this time he’s taking a stand against company’s charging for online access for their games, specifically EA’s Project $10, which gives gamers who buy a game new an online pass, but charges those who buy it used.

“We can do some of these things that EA and others have done, but we actually don’t think its in the best interest of the gamer, and so we’ve chosen not to,” Kotick told Joystiq. “What we’ve tried to do is to really support our audiences and, you know, when you talk to players, they like the idea of having a currency. They like the idea of being able to take a game they no longer want to play and use it to get a credit to buy new games”

Kotick does admit though that used games do pose a problem to the industry, as they give retailers profit that the developers and publishers do not get a share of. The solution? More content.

“As business models evolve, as the way you distribute content evolves, as the ability to do things online changes in terms of pricing or trial or sample,” he said. “I think we’ve definitely always been out in front of the rest of our competitors. But I think you always need to be sensitive to that relationship and not crossing the line to a place where the customer feels like they have been taken advantage of.”

Kotick is already putting the company’s theory into action — it’s said that Call of Duty: Black Ops will feature the company’s most ambitious DLC plan to date.