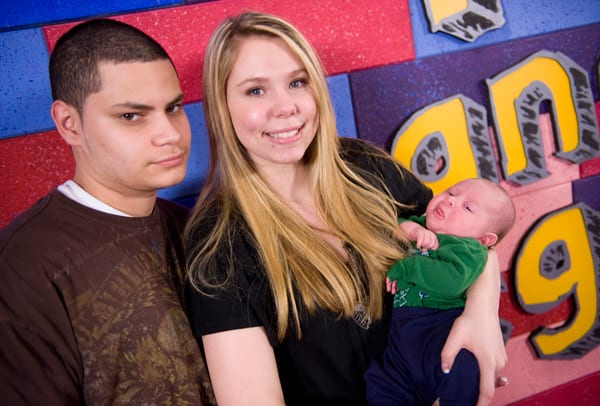 When Jamie Lynn Spears, then 16, and Bristol Palin, then 17, announced their pregnancies, magazines rushed to put their young faces on their covers, and TV news shows were quick to jump into the discussion. Turn on the TV and chances are you’ll catch a glimpse of reality shows like MTV’s “Teen Mom” and “16 and Pregnant” or the true-story-based Lifetime drama “The Pregnancy Pact.” Teen moms and dads are everywhere – even getting spreads in “Playgirl” if you’re Levi Johnston, who became a dad at 18.

But is all this media attention sending the message that it’s “cool” to be a teen parent? Or is it instead highlighting the difficulties surrounding parenthood? New research says it’s the latter.

According to a poll of adolescents ages 12 to 19 commissioned by The National Campaign to Prevent Teen and Unplanned Pregnancy, 79 percent of girls and 67 percent of boys “agree that when a TV show or character they like deals with teen pregnancy, it makes them think more about their own risk of getting pregnant or causing a pregnancy and how to avoid it.”

A nationwide telephone poll of 1,008 adolescents conducted by Social Science Research Solutions found similar statistics. Eighty-two percent of the adolescents polled who have seen “16 and Pregnant” think that the show helps them to not only understand the challenges of teen pregnancy and parenthood, but also how to avoid it. To teens’ credit, a recent study by Indiana University found that teens are in fact using protection more often than older generations.

Additionally, it seems that this media attention may be opening a doorway for parent-teen conversation. Seventy-six of the adolescents polled said that seeing sex, love, and relationships in the media can be a good way to begin conversations about sex with parents, and 48 percent said that they have actually done so because of the media’s attention to the topics.

In a separate study of 162 young people ages 10 to 19 conducted by The National Campaign to Prevent Teen and Unplanned Pregnancy and the Boys and Girls Clubs of America, 93 percent of those who watched and discussed several episodes of “16 and Pregnant” said that the show helped them learn that teen parenthood is “harder than they imagined.”

Despite the fact that national teen pregnancy rates recently rose for the first time in over a decade, these findings support the idea that the media may not necessarily be a negative influence on teen behavior.