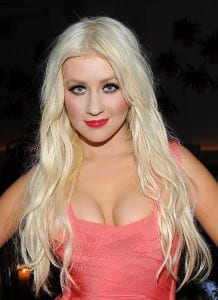 People.com has a photo of them enjoying a double date at SoHo House in Los Angeles with friends Nicole Richie and Joel Madden.

Of course, it didn’t take long until people started thinking that Aguilera got a new man. However, Rutler’s mother, Kathleen Rutler told RadarOnline that there was nothing going on between them.

She said, “I can tell you that they are absolutely not dating. They are friends but nothing more than that. Right now Christina needs a shoulder to cry on and an ear to listen to her problems, and that is exactly what Matthew is doing. That is what she wants right now, a friend. Matthew has told me she really finds it hard to find anyone genuine to listen to her. Despite what it may seem like, she is finding this split very tough.”

She also said about her son’s preference for a lady, “He isn’t into stars and all that Hollywood glamour. When they first met, he called me and said, he was hesitant to be her friend, because of the unwanted attention it might bring. Christina isn’t interested in a new man right now and Matthew certainly isn’t ready for a relationship or kids.”

So, putting aside whether or not Rutler is interested in dating Aguilera, he has been having her back for sure as a shoulder to cry on.