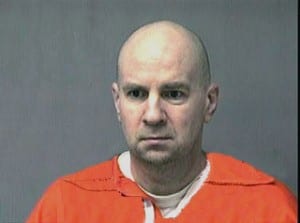 Convicted murderer Steven Hayes was sentenced to death on Monday for the horrific home invasion of a Cheshire, Conn. home that left three people dead.

Hayes was convicted last month in the strangling of a woman with her two daughters tied to beds, doused in gasoline, and left to die in a fire.

After four days of deliberations, the jury that convicted Hayes unanimously decided to send him to death row.

Lawyers for Hayes tired to avoid the death penalty by portraying him as a drug addict who never committed violence until the 2007 home invasion. They also case blame on co-defendant Joshua Komisarjevsky, saying he masterminded the break-in.

Hayes’s lawyers also said he was sorry for the acts and wished for death.

Connecticut has only executed one prisoner since 1960.

In the 2007 home invasion, the two men allegedly broke into the home of Dr. William Petit, beat him nearly to death, and forced his wife, Jennifer Hawke-Petit, to take money out of her bank account while the rest of the family was kept home. Hayes then, according to prosecutors, sexually assaulted and strangled her.

Komisarjevsky will be tried next year. He is charged with sexually assaulting their 11-year-old daughter, Michaela.

Michaela and her 17-year-old sister, Hayley, were tied up and had gasoline poured over them. They died of smoke inhalation in a fire the two men allegedly set.

It was one of the worst acts of violence in recent Connecticut history. Governor Jodi Rell used the case as an example when she vetoed a recent bill to abolish the death penalty there.