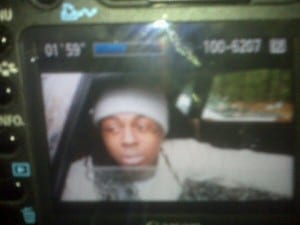 This morning, Lil Wayne, real name Dwayne Michael Carter, has been released from jail after serving eight months of a one-year sentence for gun possession.

His fans have been tweeting “#FreeWeezy” for months while he was in jail and he was a trending topic on Twitter this morning.

After his release, Wayne was going back home in Miami and getting ready for a party celebrating his release is scheduled for Sunday.

He also posted a picture on Facebook to prove everyone he was alright.

Everything started a year ago when the “Lollipop” rapper pleaded guilty to attempted weapon possession, admitting he’d had a loaded, semiautomatic .40-caliber gun on his tour bus after a show in 2007. He was sentenced to a year at Rikers Island jail and went in this past March, but got time off for good behavior despite being in solitary confinement since October 4th after getting popped for possession of headphones for an MP3 player were found hidden in his trash can.