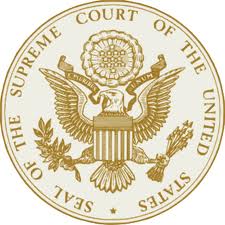 WASHINGTON — The Supreme Court will hear arguments Tuesday in review of the decision by two lower courts’ to dismiss California’s ban on violent video game sales to minors.

The law was first signed in 2005 by Gov. Arnold Schwarzenegger, but a federal judge blocked it from taking effect soon after. Last year, a San Francisco appeals court upheld that decision, calling the ban “unconstitutional.”

Now the Supreme Court will, for the first time, hear a case related to video games.

If the law took effect in California, it would ban all minors from buying or renting blatantly gory games that involve “killing, maiming or sexually assaulting an image of a human being.” If minors were to get there hands on a game despite the ban, the retailer would be banned up to $1,000 per offense, the Associated Press reports.

Lawyers in California use the game “Postal 2” as an example of an overly violent game. In it, the gamer can go on graphically depicted rampages of murder and torture.

The Federal Trade Commission (FTC) singled out “Grand Theft Auto San Andreas” because of its sexually explicit content and the gamers’ ability to use their characters to commit sexual assault.

Video games already employ a universal rating system, but retailers are not required to screen consumers or as for identification. The FTC however says retailers are starting to turn down minors who attempt to buy games rated “Mature” or “Adults Only”.

If the law were to be passed, video game retailers would have to act much like movie ticket vendors who are required ensure moviegoers are of age for certain films.