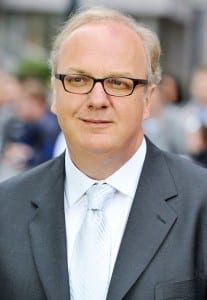 George Hickenlooper, who directed the 1991 documentary “Hearts of Darkness: A Filmmaker’s Apocalypse”, has died at 47. He was found this morning in Denver, where he was preparing to premiere his latest film, “Casino Jack,” at the Starz Denver Film Festival. According to The Denver Post, Hickenlooper died of natural causes.

It is also well known that Hickenlooper directed the 2006 Edie Sedgwick biopic “Factory Girl,” the 2003 documentary “Mayor of the Sunset Strip,” and the 2001 drama “The Man From Elysian Fields.” He is survived by his wife and son.

Hickenlooper’s cousin, Denver mayor and gubernatorial candidate John Hickenlooper, issued this statement to The Denver Post and commented, “Shock and sadness do not begin to describe our emotions. We are devastated. George had immense creative talents and cinematic gifts, but he was so much more than that to us and all his family. His passion for life, zeal for people and unquenchable curiosity enriched everyone who had the fortune to know him. We will miss his sense of humor, his warm character and the avid encouragement he gave anyone around him. Our hearts go out to his wife, Suzanne, and his son, Charles.”

Denver police are investigating, but foul play is not suspected.