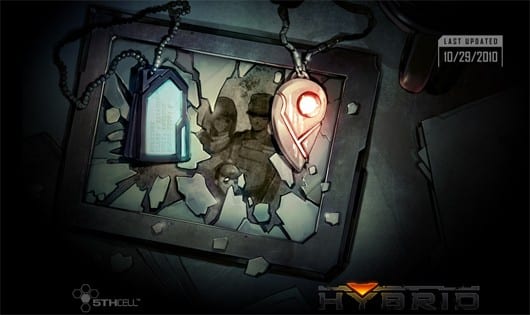 5th Cell, the developers of the highly acclaimed Nintendo DS puzzle series Scribblenauts has been teasing an upcoming Xbox Live Project for a while now, today, they officially announced Hybrid to the world.

Hyrbid, which is a first person shooter built with source tasks players with joining up with one of two waring factions — the Palladins or the Variants. Reportedly,one of the factions will feature acrobatic gameplay, while the other is good at stealth.

Not much is known about the title, but stick with Blast for more information as it becomes available.