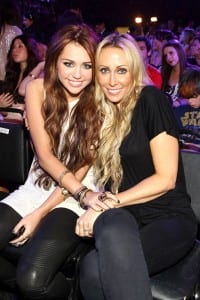 Miley Cyrus’ parents, Billy Ray and Tish, have decided to break up.

According to hecklerspray, Billy Ray and Tish confirmed yesterday that they are breaking up after 17 years of marriage.

They commented in a statement, “As you can imagine, this is a very difficult time for our family. We are trying to work through some personal matters. We appreciate your thoughts and prayers.”

The former couple have five children and Billy Ray is father to Metro Station’s Trace.

Back in time, Billy Ray starred as Miley’s onscreen father on the Disney show “Hannah Montana.”