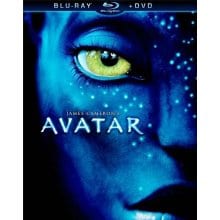 After much speculation over sure-to-be-made sequels to Avatar, James Cameron has announced that Avatar 2 and 3, to be filmed simultaneously, will be his next project. The film’s will be released in December 2014 and December 2015.

Cameron said of the sequels, “In the second and third films, which will be self-contained stories that also fulfill a greater story arc, we will not back off the throttle of Avatar‘s visual and emotional horsepower, and will continue to explore its themes and characters.”