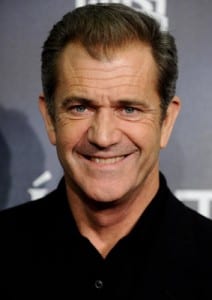 According to TMZ, Gibson’s cameo as a Thailand tattoo artist was just cut from the film “The Hangover 2.”

Director Todd Phillips said in a statement, “I thought Mel would have been great in the movie and I had the full backing of (Warner Bros. president) Jeff Robinov and his team. But I realize filmmaking is a collaborative effort, and this decision ultimately did not have the full support of my entire cast and crew.”

Clearly not everyone was happy with Gibson’s cameo appearance. Reports indicate that cast members complained about including Gibson in the movie, given his recent troubles.