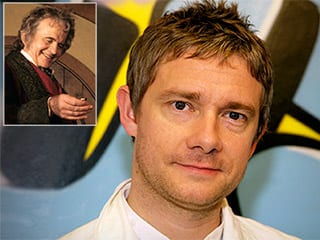 Martin Freeman has been cast in the lead role, Bilbo Baggins, in The Hobbit. After years of legal battles, the film was recently greenlit, directed by Peter Jackson, who also directed the sequel trilogy to The Hobbit, Lord of the Rings.

Freeman is known for his roles in the british Office, Hitchhikers Guide to the Galaxy, and Hot Fuzz.