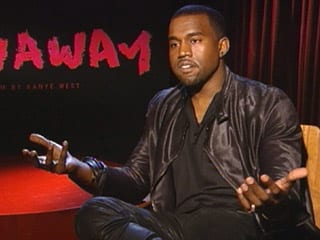 As Kanye West gears up for another album release, he’s getting back to his very public antics–by attacking Taylor Swift’s credibility once again, by saying that Swift did not deserve the Grammy Award for Album of the Year.

“Why are the last four Albums of the Year: Taylor Swift, Dixie Chicks, Ray Charles and Herbie Hancock? Like, you know, with all due respect… that’s inaccurate,” West told Access Hollywood in an interview.

West famously interrupted Taylor Swift’s acceptance speech during the VMA’s, claiming another nominee, Beyonce, deserved the award over Swift. West has made headlines numerous times over the years, complaining about the recipients of music awards, most often claiming he was the deserving party.