Green Lantern is the latest comic book superhero to make the jump to the big screen, starting June 17, 2011, starring Ryan Reynolds. The film’s official synopsis is below:

In a universe as vast as it is mysterious, a small but powerful force has existed for centuries. Protectors of peace and justice, they are called the Green Lantern Corps. A brotherhood of warriors sworn to keep intergalactic order, each Green Lantern wears a ring that grants him superpowers. But when a new enemy called Parallax threatens to destroy the balance of power in the Universe, their fate and the fate of Earth lie in the hands of their newest recruit, the first human ever selected: Hal Jordan.

Warner Brother’s has released the following concept art of Oa, the headquarters for the Green Lantern’s, and the center of the universe. 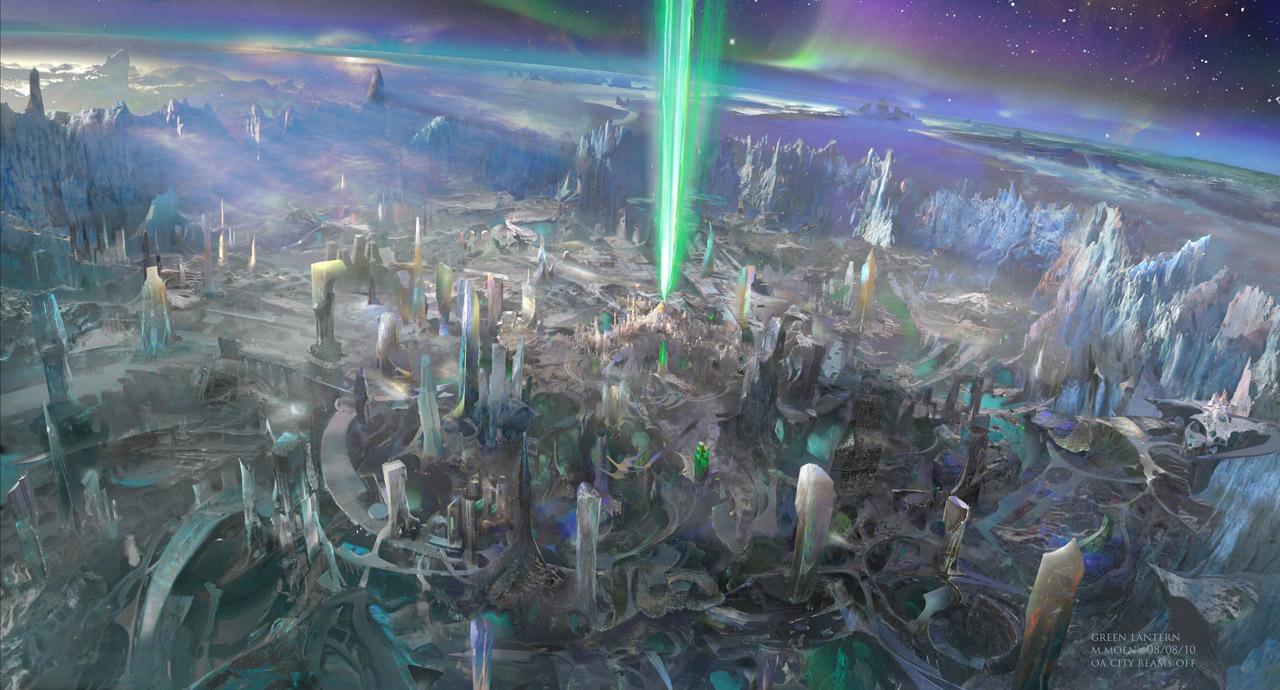