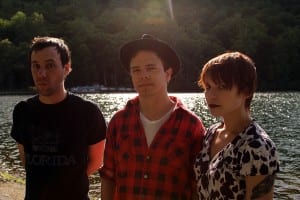 NEW YORK — For Brooklyn trio My Other Friend, CMJ is the perfect launching pad to build buzz for their forthcoming debut album, “Burning Bright Tonight.” The band has perfected an emotional blend of orchestral indie and garage rock.

[podcast]https://blastmagazine.com/wp-content/uploads/2010/10/beast.mp3[/podcast]
Listen to the song “Beast (Separated from You at Birth)”

ANDY SIMMONS: If ELO wrote the soundtrack to “Blade Runner.” That’s us.

AS: Yikes, tough question. I’m going to go with (Bruce Springsteen’s) “Born to Run,” (Radiohead’s) “OK Computer” and (Stevie Wonder’s) “Songs in the Key of Life.”

AS: “Common People” by Pulp. I effing love that song.

AS: The ultimate road soda: the juice of one lime, two cans of Tecate, four dashes of Tabasco. Serve in a Big Gulp cup over ice, and enjoy!

AS: Easy! The Eagles

My Other Friend plays Wednesday at 1 a.m. (technically Thursday) at Webster Hall, and Thursday at 8:15 p.m. at Spike Hill.