This week, yet another installment in the Predator Franchise hits shelves. But instead of a brigade of soldiers led by Govenator Arnold Schwarzenegger, this group of mercenaries includes unlikely faces such as Topher Grace, Adrien Brody, and Laurence Fishburne. The group find themselves in a confusing spot when they realize they have been transported to an alien planet, inhabited by a species of alien that is anything but friendly. Soon, the mercenaries begin to realize that they were brought to the planet for a reason, one that places them in the middle of a game of predator and prey. (Fox, $29.98; Blu-ray, $39.99) 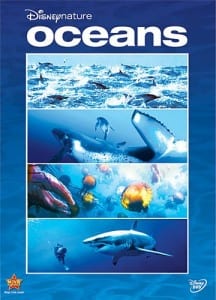 Ever wondered what the beautiful landscapes of the ocean and its inhabitants look like, but with James Bond narrating it all? If the answer is yes, then the release of this Disney documentary onto DVD will probably make your week. With Pierce Brosnon contributing his voice, Disney delves into the bottom of the ocean, and explores the breathtaking, but dangerous world that lies beneath. Oceans is sure to captivate audiences, and guide them on a wonderful journey into the ocean deep. (Disney, $29.99; Blu-ray, $39.99)

Following the story of an astronomer during the times of Roman rule over Egypt, Agora stars RachelWeisz, who plays the lead role of Hypatia. As she tries to save the

knowledge of the ancient world, three of her male followers vie for her heart, and grapple with their loyalty to her, even if it costs them their very freedom as people. (Newmarket, $27.98)

Worth Dying For (Jack Reacher Series #15) by Lee Child

Author Lee Child returns with another thriller in his Jack Reacher series, and this time, Jack finds himself in deep water when he manages to get on the bad side of The Duncans. As a clan that has the Nebraskan town in the palm of their hands, the Duncans want Jack gone, especially when he starts to delve into a decade old child murder case that was never solved. But things only get sticker for Jack when the Duncans’ boss comes into the picture, and proves that the conspiracy goes farther than Jack would have ever imagined. (Random House Publishing Group, $28.00)

The angel-human relationship between Patch and Nora continues in the new installment in this YA series. In the New York Times Bestselling prequel, Hush Hush, Nora was introduced to the snarky yet mysterious Patch, who seemed to be as filled with secrets as he was with pick-up lines. In Crescendo, The couple deals with the aftermath of Patch becoming Nora’s guardian angel, and the secrets he could be hiding from her. The mysterious death of her father has haunted her for years, but now Nora is determined to find out if the new angelic twist her life has taken lately has any connection to the tragedies of the past. But as Patch begins to move away from her, Nora begins to becoming even more determined and risky with her search for the truth. But what if the truth she seeks involves the very same guardian angel she has come to love? (Simon & Schuster Children’s Publishing, $18.99)

In the sequel to New York Times Bestselling, Home to Holly Springs, Karon explores Father Tim and Cynthia’s exploration to Ireland to find out more about his ancestry, and find themselves staying in a very nice lodge. But luck begins to run out when Cynthia is wounded, and a painting is stolen from the lodge. Can the two of them piece together the secrets that shroud his broken family? (Penguin Group, $27.95)

The Fall of the House of Zeus by Curtis Wilkie (Crown Publishing Group, $25.99)