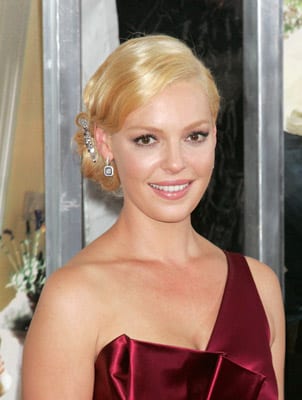 Will Boston ever be the east coast version of Hollywood? Ben Affleck finished all the work in Boston for the film “The Town,” but this coming March, Katherine Heigl, the former “Grey’s Anatomy” star, is expected to start shooting “The Age of Adeline.”

In the film, Heigl is going to play woman who doesn’t age due to an accident. When she finally meets the man of her dreams, she has to give up her immortality. We do not know anything about who’ll play the man of her dreams or where exactly they’ll be shooting. However, according to the Boston Globe, Andy Tennant, whose credits include “Sweet Home Alabama,” “Hitch,” and “The Bounty Hunter,” is directing the movie.

Also, producers of “The Fighter” are promoting the boxer biopic two months before it even comes out. There was a long (longer than 2 mins!) ad for the film starring Mark Wahlberg as “Irish” Micky Ward during Sunday’s season finale of “Mad Men.” The LA premiere is December 6th and there may be screening in Lowell and Boston on December 7th and 8th before the nationwide release on December 10th.