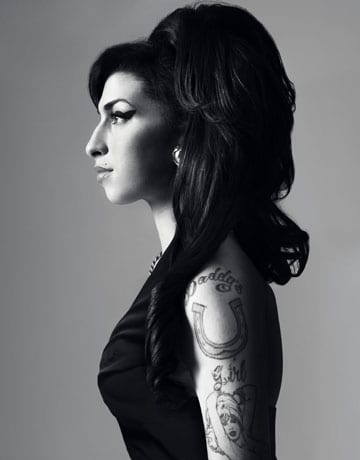 Oft-embattled singer Amy Winehouse has been out of the news for more than a year, and she tells Harper’s Hazaar that she’s happier than ever.

In the November issue of Harper’s, Winehouse also discusses her style inspirations, and reveals that she’s been together with her new boyfriend for over three months.

On working with Fred Perry on her fashion line: “I knew exactly what I wanted. And I love Fred Perry so much. I was honored that they would even, like, ‘Do you want to come and do a line?’ Me? Like, me?” She stabs a finger into her chest. “Yeah!” she adds.

On her love life:

On whether she’s in love: “I hardly know … yet. We’ve only been together three and a half months.”