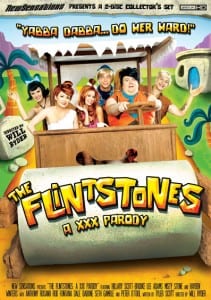 Director Will Ryder said of the film, which will be released on DVD Oct. 25, “We have brought everyone’s favorite cartoon cavemen to life and allowed them to indulge in their prehistoric, carnal lust for sex. After 50 years of abstinence, you know Fred and Barney are dying to finally get with their wives, or anyone else wearing a fur skirt.”

You can be sure that the movie will feature a whole lot of prehistoric bed-rocking in an authentic Bedrock—the set of the Flintstones’ living room was recreated so it’ll look just like it does in your innocent childhood memories of the cartoon. Also replicated? Fred’s awesome car.