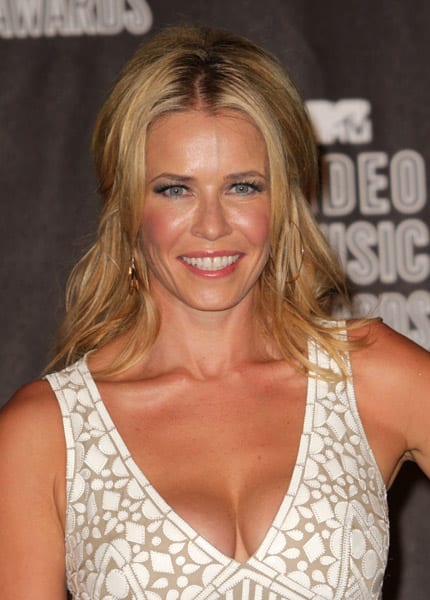 According to E! online, a few nights after being spotted sitting really close to 50 Cent in a New Orleans bar last weekend, the “Chelsea Lately” host opened up about the relationship between her and the rapper.

She tweet Wednesday night, “Everyone, calm down. I met with mr. Cent about a potential project. There’s nothing to report yet, ill let you know if there is.”

In March, Chelsea went on the radio and talked about how 50 propositioned her after his show, but she didn’t take him up on the offer.

Last month, 50 Cent tweeted, “A yal know I love me some chelsea handler yal see her show tonight she is so funny to me.”

Additionally, he tweeted something else that was probably unrelated to Chelsea, at least as far as we know. He wrote: “man and your over 25 and you don’t eat pu**y just kill your self damn it. The world will be a better place. Lol” (By the way, some people misunderstood this tweet as the anti-gay remark. It was right after the tragic death of Rutgers University freshman Tyler Clementi so there was some argument regarding his tweet on Twitter.)

A couple days later, however, Chelsea tweeted this picture with the words “oh dear.”