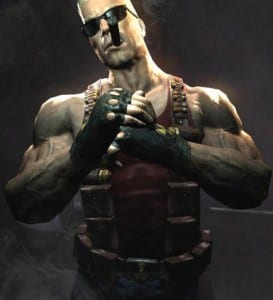 So you’re one of the few people who haven’t experienced the awesomeness of Borderlands yet huh? You may be in luck.

Gearbox, makers of Borderlands have announced that those who pick up the new Borderlands Game of the Year edition will have first access to the demo for the upcoming and highly anticipated Duke Nukem: Forever.