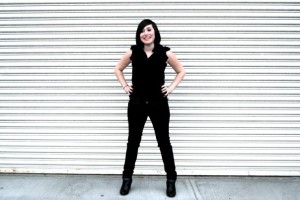 OK, so which one of you told?

You know what I’m talking about.

Rick Sanchez, formerly of CNN, went on “Stand Up With Pete Dominick,” a satellite radio show, and started spitting truths about some of the things we expressly spoke about in confidence at the last meeting.

Why, the monthly “Jews-Run-The-Media” meeting held in the center of the Earth.

Let me refresh your memory.

Every third Thursday, each Jew in Jew-ville (Brooklyn) (Just kidding, the whole world is Jew-ville), gathers in Boca Raton, where a magical golden elevator run by the enslaved souls of Christian babies takes us down to the core of the planet. 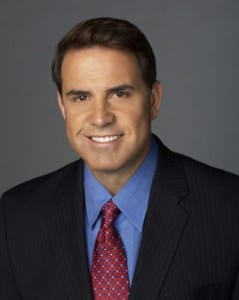 You son of a bitch.

There we bathe collectively in a pool of gold coins like Scrooge McDuck while our leader, Jon Stewart, calls us up one by one to read our carefully constructed lists of goys we’ve swindled that month.

Surely you remember the horns growing from the top of Stewart’s head and how he kept cackling with glee from atop his fiery perch on a throne made of the cryogenically frozen bodies of Walt Disney and Henry Ford.

Oh, good. You remember that, at least. Well, now, the more pressing matter is: someone told Rick Sanchez.

I’m not sure why anyone would want to rat us out. We’ve enjoyed a good long run in Hollywood — controlling everything in the media and entertainment world. I don’t know why we’d want to blow up our spot now, especially on CNN, especially while crapping on our lord and messiah Jon Jew-art.

No matter who blabbed, the facts are thus: Of course, Sanchez is right. Of course, we run everything. You’ve never heard of the luck of the Jewish?

We’re one of the luckiest minority groups around. We survived being enslaved in Egypt. We survived the pogroms in Russia. We survived this little miscommunication called the Holocaust. Could we have done all that without pulling some strings behind the scenes? You do the math. With your Jew-culator.

Now that the gefilte fish is out of the jar, what are we Jews going to do? Now that Sanchez has outed us, you just know that fagele Anderson Cooper is going to be knocking down our doors for an exclusive.

We Jews can kiss our blessed days of laughing at Seinfeld re-runs, recounting the amusing plot to crucify Jesus and chewing pizza bagels goodbye.

Rick Sanchez has figured out our “bigoted” ways. How narrow-minded of us to be one the biggest contributors to gay rights campaigns, how silly to think that because most of our population was wiped out in a tragic genocide we are a “minority,” how crazy to believe that we’re not secretly the ruling class.

I guess it doesn’t matter who told. We’ve all got to go down there next week and clean out the coin pool for good.