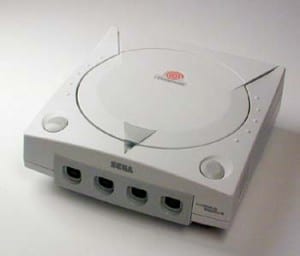 The Sega Dreamcast holds a special place in the heart of many gamers. One of them apparently is Sonic the Hedgehog creator Yuji Naka, who holds the system in such high regard that he hasn’t given up hope on making an successor to Sega’s fan favorite.

“Of course Dreamcast was my baby back at Sega and I want to carry on making good games for the European market and one day I’m hoping it gives me the opportunity to work on Dreamcast 2,” Naka said in a recent interview with CVG.com. “”If Ivy the Kiwi? does well in Europe then maybe I can make Dreamcast 2.”

Though Naka has formed his own production company, he is viewed by many as one the founding fathers of the Dreamcast, and views the days where he had a hand in the design of the system as one of the best of his career. “I do miss those old days when I was heavily involved in hardware making at Sega,” Naka said. “I was involved in most of the consoles and controllers that Sega came up with. If I have the opportunity in the future I want to be involved again with hardware making,” he said. “It would be ideal if I could become some sort of advisor working with the platform makers in future.”

Of course, Sega hasn’t made any sort of announcement regarding a Dreamcast 2 or any future plans to return to the console department. Does the famed creator know something we don’t?