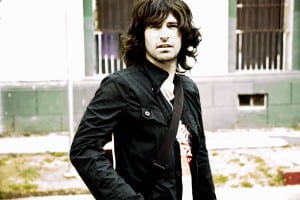 The past two years have been particularly prolific ones for singer-songwriter Pete Yorn, who released two records in 2009 (Break Up, a collection of duets with Scarlett Johansson, and solo effort, Back and Fourth) and is now touring behind a self-titled solo record which was released last week.

The record, incidentally, came out almost by accident, after Frank Black of The Pixies approached Yorn about recording together in 2008, at the same time he was preparing to record the songs that would eventually become “Back and Fourth.” Not wanting to miss an opportunity to record with one of his influences, Yorn took a break from the project, flew to Oregon, and recorded “Pete Yorn” with Black acting as producer during a whirlwind, impromptu five-day studio session, while also battling the flu.

Lyrically, the album feels a bit rushed (and understandably so). But musically, it’s on point. Yorn has said that Black took a more back-to-basics approach, and songs like “Rock Crowd” and first single “Precious Stone” are indicative of that. One of the strongest tracks is a cover of Gram Parson’s “Wheels.” The folky, acoustic guitar and harmonica-laden sounds that dominated Yorn’s debut, 2001’s musicforthemorningafter are almost nowhere to be found. Instead, his fifth solo effort is his most plugged-in release to date.