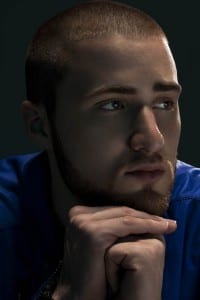 NEW YORK — Mike Posner’s “study hard, party harder” spirit has helped him to success on the stage and off. The 22-year-old singer/songwriter/producer recently graduated from college. His just-released debut album, 31 Minutes to Takeoff, jumped up the charts when it came out in August.

Posner is currently touring the US. Now it’s about time for him to spread his youthful party energy throughout the country. Blast got a chance to ask Mike Posner about his whole exciting experience.

Blast: You went to Duke University and graduated this year. How was your college life?

MIKE POSNER: It was so fun. I wouldn’t trade those years for anything. Um, honestly, I was living kind of doubled lives actually when I was a student at Duke. I tried to do a record deal with RCA after my junior year. So I did some of my stuff for my class during a week so it’s like I was intentionally getting to shows on the weekend at a school like UNH, um, but I had a blast and like I said, I have been making it like not only at Duke, but also a lot of schools around the country.

Blast: You got a 3.59 GPA. How did you manage to do both school work and music?

MP: It was really difficult. I will be honest with you. It was a lot of night hours doing homework on an airplane and a lot of nights deprived of enough sleep that I probably should have but, I was recalling my decisions to go back and to do both and finish school. Now I am excited to be touring the world.

Blast: What was your major?

MP: I majored in Sociology.

Blast: What was your first thought in your mind when you got a deal with Sony music?

MP: I was ecstatic because my mom now considered music as a real job. (Laughs)

MP: Yeah, yeah. (Laughs) And, now I didn’t have to convince her that I was “working” when I was making music in the basement. It was now ok, so. I am saying that it was definitely a rite of passage. 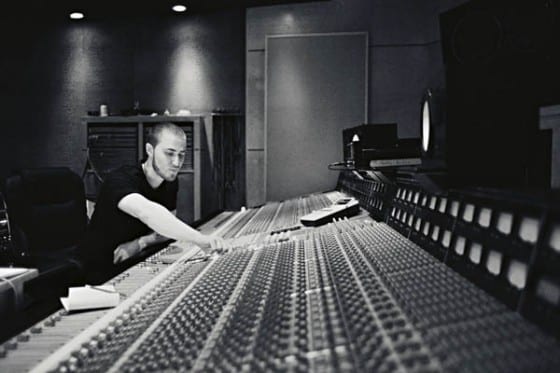 Blast: How were your friends’ and family members’ reactions?

Blast: So, they all congratulated you.

Blast: How did the opportunity working with Sony music change your personal life?

MP: It was a lot more people in my personal life as I continued to be working with the record label, but you know, I couldn’t be more grateful for the opportunity to make a living doing what I love and I wouldn’t trade for anything.

Blast: What influences your music the most?

MP: There are so many artists that inspire me, everybody from The Killers”¦. Nas, Outkast, and Paul Simon. I’m trying to do a very wide of music. That’s the reason why the mashed-up songs were made.

Blast: Did hip-hop and dance music mainly influence you?

MP: Yeah, I like hip-hop and dance and, you know, all kinds of different music.

Blast: So, you actually did a show with Akon in my college last year. How was performing with him?

MP: Amazing. I know I got a chance to meet him but he was an extremely nice guy, and it was an honor to open up for him. I remember walking offstage, walking back to my dressing room and just passing”¦and like seven stretchers of people were there. They got hurt during my set! So it was being so crazy. So, a shout-out to everybody at [University of] New Hampshire! I appreciate you got me and it was that great.

Blast: So, what’s the main concept of your debut album “31 Minutes To Takeoff?” Why 31 minutes?

Blast: So do I have to start the record from the beginning and count 31 minutes?

Blast: Your first single “Cooler Than Me” was #6 on the US Billboard. Did you expect that the song was going to be a hit? 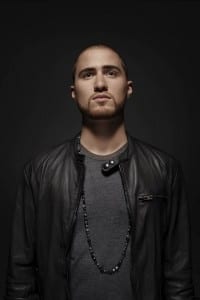 MP: No, no, I recorded it but no. I was making it in my dorm room with a super cheap microphone. So it is special for me to hear it on the radio not only in the US but around the world. No one of us would have expected it.

Blast: So, you were making music in your room on campus, right?

MP: Oh, yeah, without a doubt! I was always making music there after going out, and the only time to record in the dormitory was at night because it was too loud during the day to record vocals so, you know, after a quick going out for parties and bars, I just recorded all night long every night.

Blast: How did your roommate react? Was he pissed at you recording music every night?

MP: I didn’t have a roommate.

Blast: So, your second single will be “Please Don’t Go.” How was the video shooting?

MP: Amazing! I can’t wait for you to see it. It’s gonna be more exciting for the way the video is gonna be turned out.

Blast: Where did you make the video?

Blast: So when are we gonna see the video?

MP: Probably in more a few weeks to make all the special sets to the audience. I don’t have any exact date for you but as I would estimate, like 2 or 3 weeks?

MP: Absolutely amazing. We got an incredibly talented band to do a show with me so music sounds even better live than it does on the record. I can’t wait to perform in Boston at the House of Blues on October 11th. People should get tickets to see it.

Blast: What can we expect from your show?

You know, you came to my show so people are having, um, hit’s more of a party than a concert. I allow the energy of the audience in the room to be expressed in the safe lane.

Blast: Is it going to be so much fun even if you are sober?

MP: Why would you be sober?

Blast: Last question — What is your goal to achieve within the next 5 years?

MP: I think it’s a goal to write a better and better song and I am excited to be working on it.