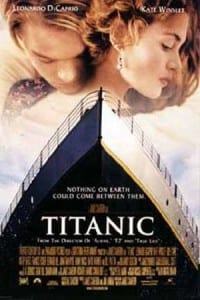 “Titanic," like the “Star Wars” movies, is getting the 3D treatment.

According to the Washington Post, one of the highest grossing films of all time is scheduled to be converted to 3D in time for a 2012 theatrical re-release.

Paramount is looking to roll their James Cameron blockbuster into theaters around the same that Darth Vader and Co. are scheduled to make their triumphant return in 3D. It will be between February and April of 2012.

April 15, 2012, marks the 100th anniversary of Titanic slipping into the icy Atlantic, and Paramount marks its own centennial the same month.