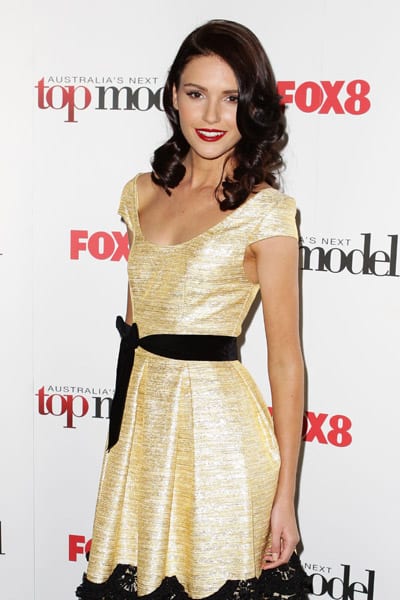 BRISBANE, Australia — In what was perhaps one of the most awkward moments of Australian television history, Australia’s Next Top Model host Sarah Murdoch announced the wrong winner at Tuesday night’s grand finale.

To make matters infinitely worse the whole debacle was broadcast live, thanks to an ill-fated decision to allow viewers to vote for their favorite model during the show.

The most cringe-worthy moment came just minutes after Sydney’s Kelsey Martinovich was named winner of the 2010 season.

Hurrah for Kelsey! Cue fireworks, cheering, air kissing and speeches from both contestants.

The only problem: the real winner was Gold Coast model Amanda Ware.

Murdoch — former model and daughter-in-law of Fox overlord, Rupert Murdoch, looked visibly ill when she was informed of the mistake, stammering out a few "oh my God’s" before whispering "it’s Amanda, I’m so sorry."

To their credit both Amanda and Kelsey handled the announcement with considerable grace, an amazing feat considering their hyperventilating host and a crowd of stunned onlookers.

Amanda will now receive a modeling contract with Priscilla’s, a $25,000 contract with Levi’s, a trip to New York, a Ford Fiesta Zetec, $20,000 in cash and an eight-page spread in Harpers Bazaar Australia.

It wasn’t all bad for Kelsey either. Thanks to the stuff up (that someone will surely be lynched for) she will also receive $25,000 cash and trip to New York.

As for the producers of Australia’s Next Top Model?

With such amateurish efforts, perhaps they will be forced to recite the mantra "what would Tyra do?" before filming begins on the 2011 season!