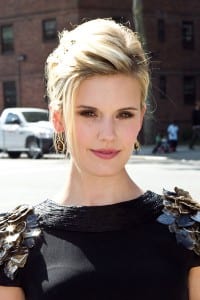 Maggie Grace has been cast in the role of Irina in “The Twilight Saga: Breaking Dawn,” the final chapter in the Bella Swan vampire saga based on the Stephenie Meyer novels.

Irina is a vampire but doesn’t feast on human blood, and also is a cousin of the Cullens and happens to be a bit bitter over the death of her lover. Her skin sparkles in the sun in a way that puts basic body glitter to shame. She is a member of the Denali coven, and she blames the Cullens for her lover’s death.

In the meantime, Mackenzie Foy, a 9-year-old actress with no feature film experience, is close to taking the role of Renesmee, Edward and Bella’s vampire/human love child, according to EW.com.