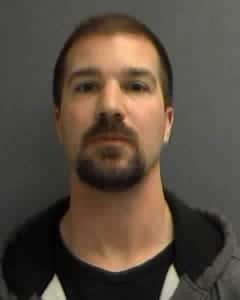 A woman fought off a convicted rapist who attacked her in a parking lot in Wareham on Friday night, police said.

Wareham Police received several 911 calls around 10:15 p.m., with callers saying that there was a woman screaming for help in the Cranberry Highway Walmart parking lot.

Police found the 36-year-old victim, whose name has not been released "visibly shaken and crying" when they arrived. She told police she had just gotten into her car after shopping at the store when a man told her she left some bags on the roof of her car.

She got out of the car, and the man grabbed her and pushed her against a van parked next to her. She started screaming as loud as she could. The man put his hand on her mouth and told her to "shut up," but the victim bit his hand and kept screaming as he tried to drag her to his car, police said in a statement.

The victim bit the man again and broke away, running toward the Walmart, screaming for help. The victim, and several witnesses, gave police a good description of the suspect, as well as a partial license plate from his car as he drove away.

Police dispatchers searched the Registry of Motor Vehicles database and found that the car belonged to Lance Porter, 36, a registered level 3 sex offender.

Officers went to Porter’s house and "after a brief investigation," Porter was arrested and charged with kidnapping, assault and battery, and attempted rape, police said. He will be arraigned tomorrow in Wareham District Court.

Porter is on parole after spending 12 years in state prison for kidnapping and raping a child in May 1996.