The opening credits to “Buried” are misleading. As sparse, drum-heavy music plays, and viewers follow a cartoon line down, down, down, they are being set up — for an homage to Hitchcock, for a somewhat conventional thriller, for an exciting yet ominous experience. But here there is no spiral staircase, no convention, and excitement is replaced by, at times crippling, fear.

Ominous, though, ominous they got.

Paul Conroy (the surprisingly good Ryan Reynolds) is a contracted truck driver in Iraq, and as the movie opens we find him gagged, bound, and “Buried” in a coffin. He has nothing but a lighter and a cell phone. Reynolds is the only actor who appears in the film (although many are credited and have speaking roles), and most of the time we are only inches away from his face. The entire 94 minutes of this exercise in claustrophobia depict Paul’s struggle to find help, fighting both a bureaucratic nightmare and a crappy wireless signal. 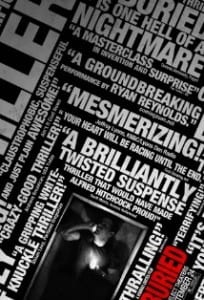 Director Rodrigo Cortes somehow manages to make the film engaging throughout. The pacing is brilliant, and he tries to balance the overwhelmingly intense subject of the film with some humor, although I found myself feeling guilty for laughing at Reynolds’ helpless character, even though it was clear I was supposed to.

And this is where the film falters: the experience of watching “Buried” can only be described as grueling. The lack of music, the ever-present sound of labored breathing, the extended periods spent in complete darkness, and the screams of terror Conroy elicits create a tangible discomfort that drove me to spend half the movie gripping my knees in the fetal position.

Combined with the film’s heavy-handed political commentary — which was necessary but clunky — this feeling of complete helplessness took away any enjoyment I could have had in watching the film. Cortes accomplished something great with this film by testing the limits of a conventional thriller, and in that aspect, it could be described as an intriguing study. 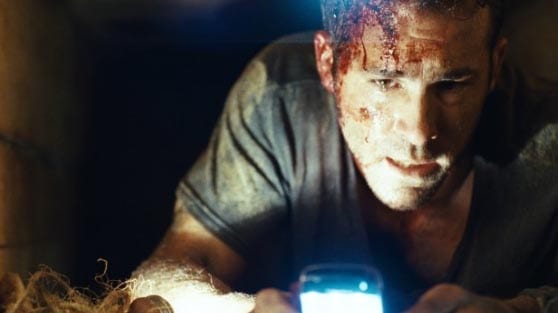