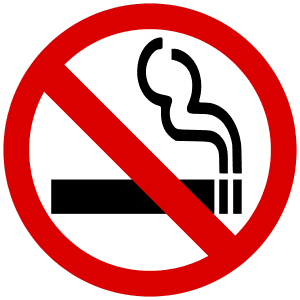 Ignorance doesn’t exist anymore. Everyone knows that smoking is bad for you. By now we’ve all seen the TV and magazine ads and read the surgeon general’s warning. We all know someone who’s gotten cancer.

Still, 1 in 5 American adults continues to smoke cigarettes and 40 percent of nonsmokers were exposed to secondhand smoke during 2007-2008, according to a report from the Centers for Disease Control and Prevention.

Most disturbing: nearly all (98 percent) children who live with a smoker are exposed and have measurable levels of toxic chemicals in their bodies from cigarette smoke.

The CDC says that smoking rates dropped from 2000 through 2005. But since then, the rate has remained constant at about 20 percent.

“Smoking is still the leading preventable cause of death in this country,” said CDC Director Dr. Thomas R. Frieden.  “But progress is possible. Strong state laws that protect nonsmokers from secondhand smoke, higher cigarette prices, aggressive ad campaigns that show the human impact of smoking and well-funded tobacco control programs decrease the number of adult smokers and save lives.”

Last year, Mormon-heavy Utah had the lowest rates of smoking, followed by California. California has had strict tobacco laws for years. Adult smoking in California declined by about 40 percent during 1998-2006, and as a result lung cancer in California has been declining four times faster than in the rest of the nation, according to the report.