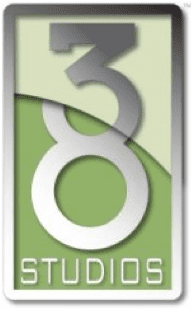 The company will re-locate from Maynard to OneEmpirePlaza, a six-story 104,000-square-foot building in Rhode Island’s capital.

“38 Studios has chosen this unique location to initiate and create a Rhode Island video game cluster,” the company said in a statement.

“The staff at 38 Studios is incredibly excited about our relocation to Providence and we expect to be the first of many relocating knowledge-economy companies that will take advantage of the opportunities Rhode Island provides,” said Jen MacLean, Chief Executive Officer of 38 Studios. “Providence has some of the best students in the nation, a vibrant arts community, and a dynamic urban environment with easy access to public transportation. We look forward to working closely with the Rhode
Island Economic Development Corporation and local businesses in the months ahead to plan how our company’s growth can also benefit the state of Rhode Island.”

“I commend 38 Studios for quickly securing a location for the company’s new headquarters in Rhode Island,” said Rhode Island Governor Donald L. Carcieri. “38 Studios presents Rhode Island with a tremendous economic development opportunity. This investment creates 450 high-paying jobs, provides job opportunities for our college graduates in a fast growing industry, and will attract other interactive and entertainment companies to Rhode Island. Located in the heart of the capital city and surrounded by our universities and strong arts community, I am confident that 38 Studios will serve as a touchstone for growth in the interactive entertainment and digital media industry.”