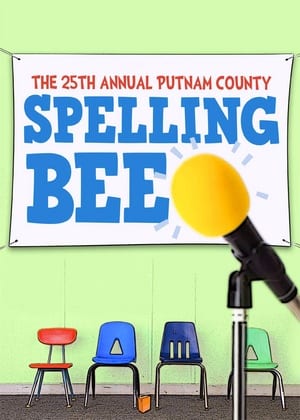 "Whatever happens on this stage, you can react to it," Producing Artistic Director Spiro Veloudos says in his curtain speech before "The 25th Annual Putnam County Spelling Bee" to an already buzzing audience. "We hope you will."

The Lyric Stage Company has picked the right show to engage a crowd. "Spelling Bee" is a hilarious, melodious interpretation of the overblown but significant trials of adolescence in the cutthroat world of county-level spelling bees. The winning performers, including an impressive batch of fresh Emerson College graduates, transfer a palpable sense of energy and fun directly into the audience.

Just entering the theater is a step back in time to those dreadful assemblies in your middle school gym: polished wooden panels cover the entire floor, championship banners hang on the wall and a cock-eyed velvet ruffle edges the stage. All that’s missing is a basketball hoop hanging overhead. The characters populating the stage are as easily recognized. There’s the over-parented girl (Lexie Frare), the weirdo in a cape (Michael Borges), the squeaky clean Boy Scout (Sam Simakh) and the teeth-grindingly perky substitute teacher (Kerri Jill Garbis). Even if Daniel Vito Siefring’s portrayal of William Barf©e, the chubby kid with a mucus condition, did remind me of a snootier version of Mike Myers’ Linda Richmond character, it worked. It all worked brilliantly.

"Spelling Bee" offers the opportunity to do more than just "react," too. If audience members want to flaunt their former bee-glory days, there is ample opportunity to participate as a "speller" in the show. But don’t worry about being called on randomly: participants must sign up pre-show and are prepped before being called onstage. It’s a risky artistic move, but the result is a refreshing, seamless breaking of the fourth wallâ€”not to mention a golden opportunity for improvised jokes. One contestant wearing cowboy boots and a turquoise dress was announced to have come "straight from her country line-dancing lesson," and reputed to like "to intimidate her competition by out-turquoising them."

William Finn’s music and lyrics are well suited to the irreverence of the live performance of the show, but I wouldn’t rush out to buy the soundtrack. I might live in a perpetual state of tension if I knew "Magic Foot" could appear on my iPod’s shuffle sequence at any time. However, I would definitely pick up a single of "The I Love You Song," a heartbreaking imagining of one neglected speller’s parents, performed beautifully in this production by Krista Buccellato. The enterprise is kept afloat by the total theatrical experience: riffs off of audience participation, border-straddling jokes and in-the-moment songs like "My Unfortunate Erection."

While musicals inherently call for suspension of disbelief simply because people do not tend to break out into song in everyday life, "Spelling Bee" asks for another big one. Can young adults play convincing children? It actually works beautifully. The contrast of childish personas with the actors’ bodies and personalities adds an appropriate sense of awkwardness, particularly in a song like "Pandemonium," a testament to a child’s sense of absolute injustice. The viewer leaves the show unhindered by a forced greater meaning. As the characters assert in an easy epilogue, "we grew up undeniably," and that’s that.

"Spelling Bee" is highly recommended for musical lovers and skeptics alikeâ€”as long as you were once thirteen years old and love to laugh.

Jason Rabin of the Blast staff contributed to this report.