LOS ANGELES — In a typical fall season where formulaic cop and crime shows dominate the network lineup, “Detroit 1-9-7” is taking a different angle. Much like the series “Southland” and summer hit “Rookie Blue,” “Detroit 1-8-7” is primarily a character drama that doesn’t lean on the shock-value of graphic forensic scenes or realistically horrifying crimes.

The series is lead by an impressive cast. Most notable are Michael Imperioli (“The Sopranos”) as Detective Louis Fitch and James McDaniel (“Taken”) as Sergeant Jesse Longford; their performances stand out, both characters both being, at times, poignant and witty.

Viewers are drawn to the show’s raw, emotional standpoint; critical, if you’re goal is to keep people tuning every week. Detroit 1-8-7 gets right into the nitty-gritty by beginning with a fatal shooting and ending with a surprising turnabout.

The first episode isn’t perfect. The character types are slightly cliche — Longford plays the lovable veteran to Finch’s gruff, no-nonsense character — but the cast’s chemistry helps. Some of the scenes are a bit of an info dump the viewer never suffers from lack of information. On the upside, the soundtrack throws a bone to Detroit, the home of Motown, with a blend of current songs and classic soul hits.

Blast previewed Detroit 1-8-7 and chatted with Michael Imperioli and James McDaniel about the show and their impressions of Detroit itself. 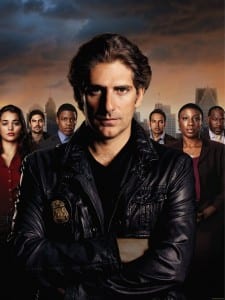 BLAST: What attracted you both to your roles?

MICHAEL IMPERIOLI: I was attracted to the different eccentricities [of the character] and methods in being a detective. In a lot of the scripts that I read … the characters are not always defined. It’s more about catching the crook, and the procedure of catching them.

JAMES McDANIEL: I think the thing that hooked me is that … after reading so many scripts [over the years] you know after 10 pages if the writer hasn’t done it by then, then it ain’t going to be done. This was truly a page-turner for me. I knew by the second page that we were into something. The sensibilities, the humor … the intellect of the piece itself; there was no way I couldn’t have done this one.

BLAST: There are some cliffhanger moments in the show already; is that something we’ll come to expect with the show?

JM: Fact is stranger than fiction, and there is so much going on in this town that is unusual. If you follow the path, you’ll find that all the stories areâ€¦surprising as the city itself.

BLAST: Was this first time you guys worked in Detroit? And what was it like for you? 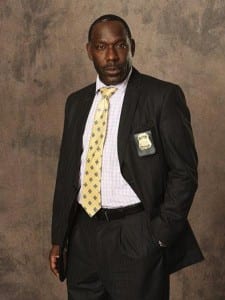 MI: This is the first time I’ve been to Detroit is when I came up to do this.

JM: I had come years ago, when they opened up the African American museum here which was marvelous. But I didn’t get a chance to really see and get to know the city. So this is my first time really getting to know Detroit. It’s such a lovely town, I could easily spend the next seven years here.

BLAST: Speaking of Detroit, the music plays such a big part in the city’s history. They’ve been promoting the show with The Temptations song, "Ball of Confusion." What do you think of the music that’s on the show too? Will the music underscore it?

MI: The city has such a rich musical history. Motown is the obvious one, but punk had big influence here too with Iggy Pop, and The Stooges all the way up to today with White Stripes and Enimem.

JM: The city has such a songbook of music.

BLAST: Michael, your character Detective Louis Fitch is an intriguing character. What do you think makes him good at what he does?

MI: He genuinely cares about people, ultimately. I think he sees people as human beings first before labeling them criminal, gangster or thug. He sees them as a person; somebody’s father, somebody’s son. I think that makes all the difference.

BLAST: And what about your character, Sergeant Jesse Longford?

JM: He’s a guy who’s been on the force for 30 years, and this is a tough town to [be in] for that long. He’s the type of man who, at his core, wants the right thing to happen. He’s got the experience and the wily years to make that happen. And he’s got some secrets too.