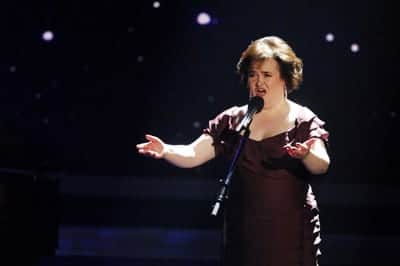 Susan Boyle, the "Britain’s Got Talent" singer who captured hearts around the world, has broken Guinness World Records during her fairytale rise to stardom.

Her album "I Dreamed A Dream" set a new record for a debut release by selling 411,820 copies in its first week.

The album notched up 133,599 UK sales on the first day, 411,820 in its first week and over a million in 21 days, which is considered as the fastest-selling album by a female artist in the UK, outselling the previous record holder Arctic Monkeys by nearly 50,000 units.

And Boyle became a triple record-breaker as the oldest artist to top the charts with a debut album.

She was 48 when her album reached No. 1 in November.

According to BBC, she commented, "I used to read this book as a wee girl. I never dreamt that one day I would actually appear in the Guinness Book of Records. I only ever wanted to sing and perform. This is truly fantastic."