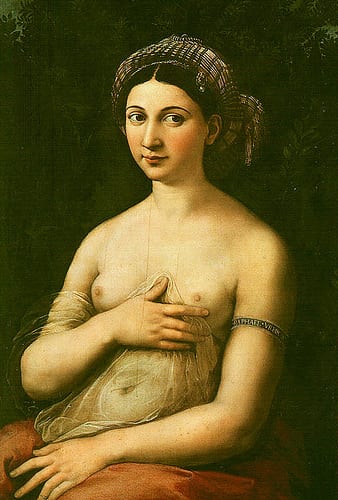 ROME — Barberini’s is one of the city’s most beautiful and imposing palaces dating back to the baroque.

Palazzo Barberini, on Quattro Fontane street, last weekend celebrated the inauguration of the recently restored gallery. The public’s focus is centered on one of the highlights of the collection, Raphael’s enigmatic painting "La Fornarina." Known in English as “Portrait of a Young Woman.”

Palazzo Barberini was built in the first half of the 17th century for the Barberini family, and three architects were involved in the building’s design. The first was Carlo Maderno, who began work in 1627 and was assisted by his nephew Francesco Borromini, while it was Gian Lorenzo Bernini who oversaw the building’s completion in 1633. Until recently, in addition to the palazzo being home to the state-run National Gallery of Ancient Art, a section of the building was used by the officer’s club of the Italian armed forces. Palazzo Barberini is a very interesting museum to visit. Also who likes Raphael should go just for admire "La Fornarina" portrait. The woman is pictured with an oriental style hat and bare breasts. She is making the gesture to cover her left breast, or to turn it with her hand, and is illuminated by a strong artificial light coming from the external.

The collection of the National Gallery of Ancient Art of Barberini Palace is mainly of Italian painting with works by Piero della Francesca, Fra Angelico, Filippo Lippi, Lorenzo Lotto, Andrea del Sarto, Perugino, Caravaggio, Canaletto, Guercino, Pietro da Cortona and so on. Newly renovated, this museum offers paintings from Italian artists, as well as Dutch and Flemish works. If you have the chance, just visit this beautiful museum.