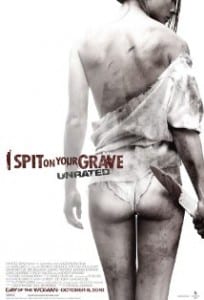 We’re sure this is going to ruin your plans for October.

The Anchor Bay Films horror “I Spit on Your Grave’ will not be coming to Boston during its October 8 limited engagement.

The film is about a writer who is brutalized during her cabin retreat and seeks revenge on her attackers, who left her for dead.

The original film, which previewed at a festival in Texas was rated R for pervasive strong sadistic brutal violence, rape and torture, nudity and language. But this one will be unrated.

It does not star anyone we’ve heard of.

Go about your days.