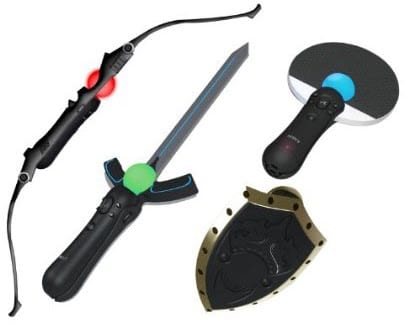 So you just bought yourself a PlayStation Move. You’ve played the heck out of Sports Champions and you’ve raced enough chairs in Kung-Fu Rider — what’s left to do? Why boy a ton of unnecessary add-ons of course!

Interworks Unlimited announced this morning that it was releasing an entire line of of accessories for the newly launched motion controller. That beauty to the right? That’s the Champions pack.  Retailing at $29.99, the Champions pack consists of a table-tennis add-on, a shield, a bow and a sword. The units are made of soft polyurethane foam, so we won’t have any repeats of all those Wii to the eye incidents from a few years ago.

Interworks also announced that they’re releasing the Precision Shot 3  for the Move. You may remember the Precision Shot for the Nintendo Wii, but the new addition is chocked full of new features that actually make the unit interesting to shooter fans. There’s multiple hand grips, so it’s easier for everyone to find a comfortable hold on it (sideways gangster shooting anyone?). The precision shot also features on-the-fly reconfiguration and hot-swappable features. The Precision 3 will retail for $24.99 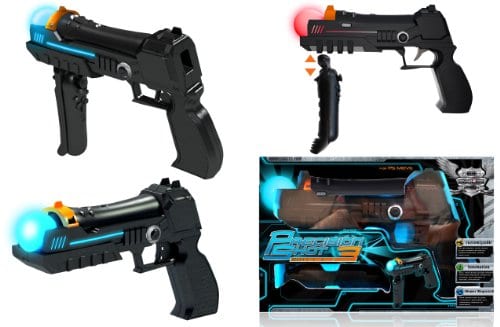 Haven’t check out our Move review yet? Go ahead and check it out here