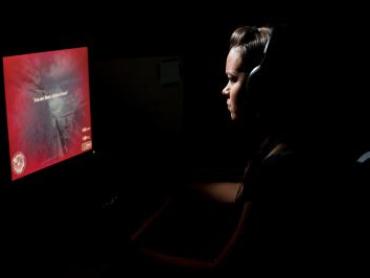 ROCHESTER, N.Y. — By now, we’re more than used to videogames getting a bad rap in the media and scientific studies, but occasionally one shows the benefits. Researchers at the University of Rochester have discovered that people who play action videogames often make crucial decisions faster, and that those decisions are no less accurate than those who don’t game.

“It’s not the case that the action game players are trigger-happy and less accurate: They are just as accurate and also faster,” said Daphne Bavelier, one of the authors of the study. “Action game players make more correct decisions per unit time. If you are a surgeon or you are in the middle of a battlefield, that can make all the difference.”

For the study, researchers tested 18-25 year olds who don’t normally game. Half of the subjects played 50 hours of fast paced shooters like Call of Duty and Unreal while the other played slow strategy games like The Sims. After the subjects played the games, they were asked to perform simple tasks (both auditory and visually) and make decisions as quickly as possible. Those who played action games were roughly 25% quicker at making these decisions, while still being correct the exact same percentage of the time as those who played the slower strategy games.

Bavelier explains that Action video game players’ brains are more efficient collectors of visual and auditory information, and therefore arrive at the necessary threshold of information they need to make a decision much faster than non gamers, the researchers found. “Decisions are never black and white,” she said. “The brain is always computing probabilities. As you drive, for instance, you may see a movement on your right, estimate whether you are on a collision course, and based on that probability make a binary decision: brake or don’t brake.”