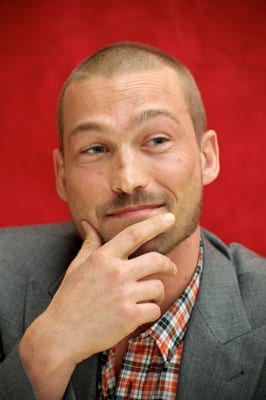 Andy Whitfield at the Spartacus: Blood and Sand Press Conference at The Four Seasons Hotel on July 21 in Beverly Hills, California. (WireImage)

Series lead Andy Whitfield will not return to the Starz series “Spartacus: Blood and Sand” for the show’s second season because of a recurrence of cancer.

Whitfield has battled non-Hodkin’s lymphoma, and the recurrence will require aggressive treatment, Starz said in a statement.

“It’s with a deep sense of disappointment that I must step aside from such an exceptional project as Spartacus and all the wonderful people involved,” said the 36-year-old Australian actor in a statement. “It seems that it is time for myself and my family to embark on another extraordinary journey.”

The story broke in March that the actor was diagnosed.