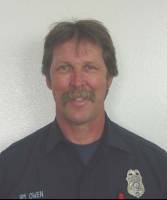 James M. Owen, 56, was on a break from rescue drills at the OCFA Headquarters in Irvine when he collapsed and went into cardiac arrest, according to the U.S. Fire Administration, which reports on firefighter deaths.

“Firefighter/Paramedic Owen was participating in multi-company training at the Orange County Fire Authority Regional Fire Operations Training Center when he fell ill,” the USFA said in a statement. “Crews on scene immediately rendered care and while being assessed Owen went into a full cardiac arrest.”

Owen was taken to Western Medical Center in Santa Ana where he died.

He was a 30-year department veteran.

“He was a top-notch firefighter,” OCFA Captain Greg McKeown told the Orange County Register. “To lose him like this is a tragedy.”

Owen was the 56th firefighter to die in the line of duty this year, according to the Fire Administration.