In past speeches, President Obama has told kids to “put down the PlayStations,” and name checked the Xbox 360 when 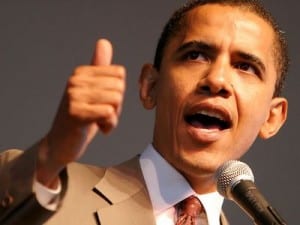 talking about out kids education. Now it seems that the leader of the free world is changing his tone, as he’s backing a challenge to get kids to make video games.

The National Science Technology Engineering and Math (STEM) foundation wants kids to become more interested in creating video games and are offering prizes to the kids who can create the best educational games.

“I applaud partners in the National STEM Video Game Challenge for lending their resources, expertise, and their enthusiasm to the task of strengthening America’s leadership in the 21st century by improving education in science, technology, engineering and math,” said Obama. “Our success as a nation depends on strengthening America’s role as the world’s engine of discovery and innovation.”

There are two separate challenges in the competition, one for grade school kids to create their own game, and the other for developers who are asked to make an educational game. For more information on the challenge, check out the STEM Challenge webpage